Mr. Bunny lived in the meadow across the road from the ten acre woods. He spent most of his days with his wife and 12 children in their beautiful two hole house, only coming out in the early morning and late evening to eat. Something was different about this day and Mr. Bunny could probably sense it. While Mr. Bunny was enjoying a second helping of fresh clover, he was suddenly and brutally attacked.  The evidence indicates that Mr. Bunny struggled with his attacker but was not able to free himself. He was killed on the spot and his body was dragged from the meadow, across the street, and down the ten acre drive. 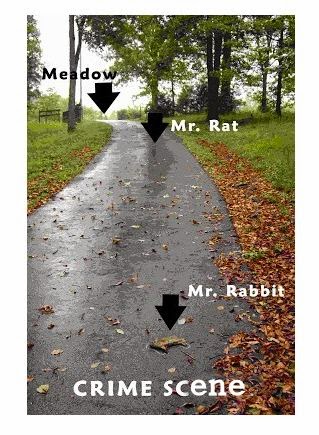 Forensic evidence suggests that Mr. Bunny died from bite marks around the neck area. Also, the time of death cannot be certain, but rigamortis had set in and Mr. Bunny was likely killed sometimes on the evening of the 15th. 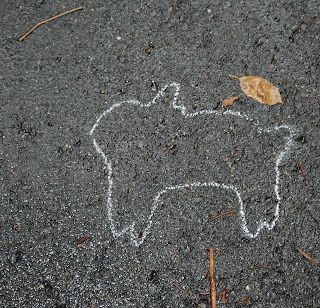 While police were canvassing the area, another body was discovered only 25ft up the drive from Mr. Bunny. This body was that of a field rat that also lived in the meadow. It appears this victim was murdered in the same fashion as Mr. Bunny however, evidence indicates Mr. Rat was killed on the morning of the 16th. 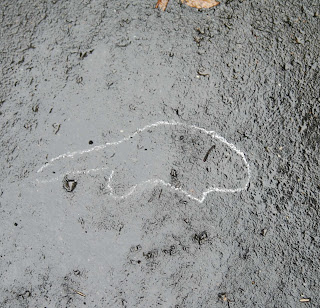 Police indicated that there are four known predators of interest. All four are being interviewed.
Mr. Storm 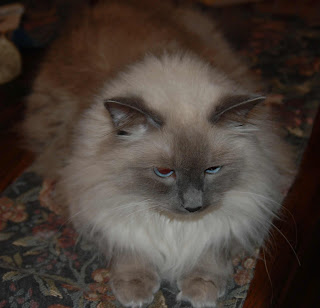 Mr. Stormy is a grumpy 4 year old cat. Police commented that it was difficult to get anything out of Stormy. After interviewing Mr. Stormy, Police have concluded that Mr. Stormy is a house cat and has never been outside. Stormy commented "I did not do it, there is no way. I’m a full time house kitty!"
Mr. Gray 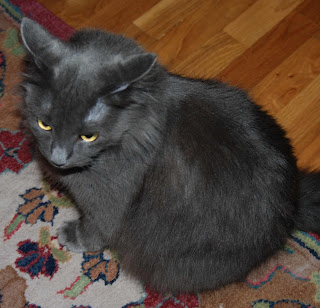 Mr. Gray was very cooperative and seemed to like the attention even suggesting a suspect. Mr. Gray commented that he bet that it was that mean cat Spot Nose that lives outside. Police have also concluded that Mr. Gray is a full time house kiddy and had no means of leaving the house at the time of the murders.
Mr. Creamy 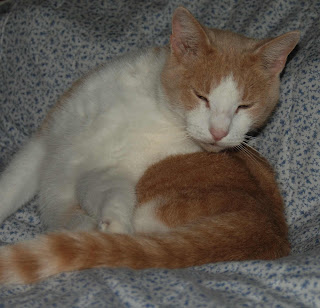 Mr. Creamy is an indoor/outdoor cat. He is a loner and kind of crazy. Police have determined that Mr. Creamy had the means and the motive to murder the field animals. In fact, Mr. Creamy was outdoors and no one had seen Mr. Creamy during the time of the murders. Creamy is a cat of interest.

Mr. Spot Nose is the bully of the neighborhood. He beats up every cat that’s near and has even been seen chasing wild turkeys. Police can’t even find Spot Nose to interview. Spot Nose is a cat of interest.
Police have completed a profile of the murderer that suggests the murderer is a predator, likes for his victims to be found, kills in the early morning or late evening, is a pathological murderer who preys on small helpless field animals. A policeman was quoted as saying “we have a serial killer in our neighborhood” stay in your hole. Stay tuned for more information on this riveting story…………….

Posted by Baitrageous at 2:29 PM No comments:
Email ThisBlogThis!Share to TwitterShare to FacebookShare to Pinterest

Below are pictures from the Wild Halloween Party at Old Field Studio. The characters from my other blog, Baitrageous.com stopped by for some fun. Boy, did things get out of hand, check out these costumes! 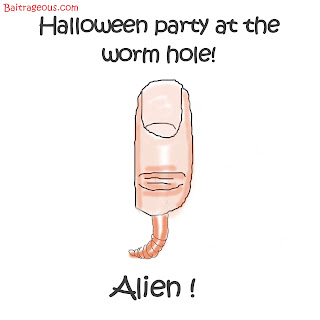 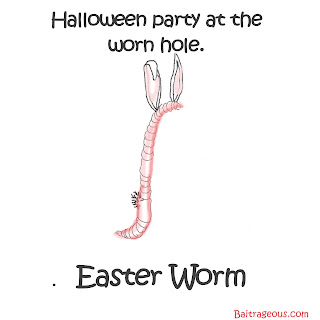 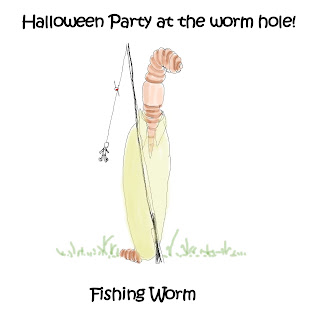 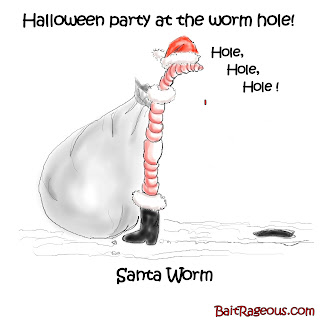 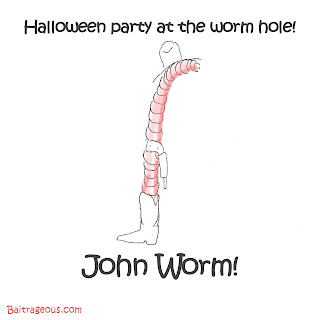 This is where the Halloween Party started to get way too wild and this is the last picture that we could show! 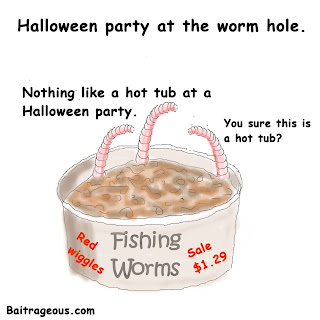 Posted by Baitrageous at 8:06 AM No comments:
Email ThisBlogThis!Share to TwitterShare to FacebookShare to Pinterest

My wife and I visited St Augustine Fl. a few weeks ago. On one early morning, we got up and walked the beach. I took my camera because the early morning can provide for some great photos. As you look through these photos, wander around in them and see if there's a story? They say a picture is worth a thousand words. 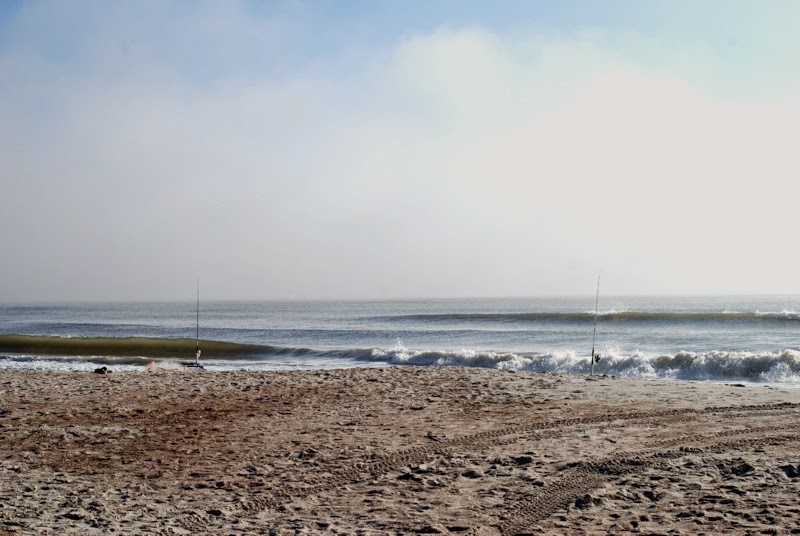 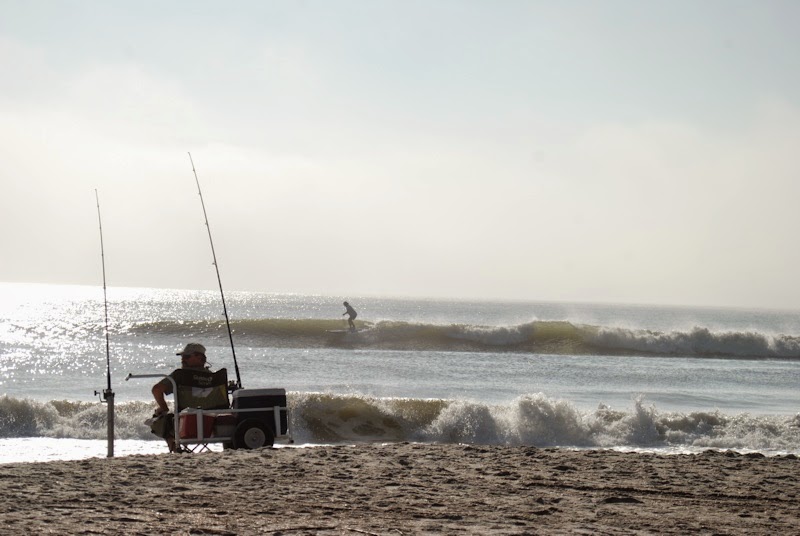 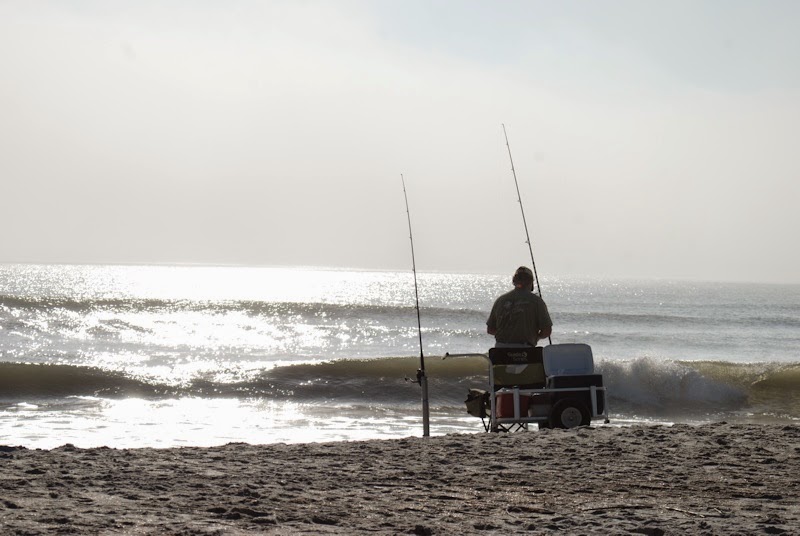 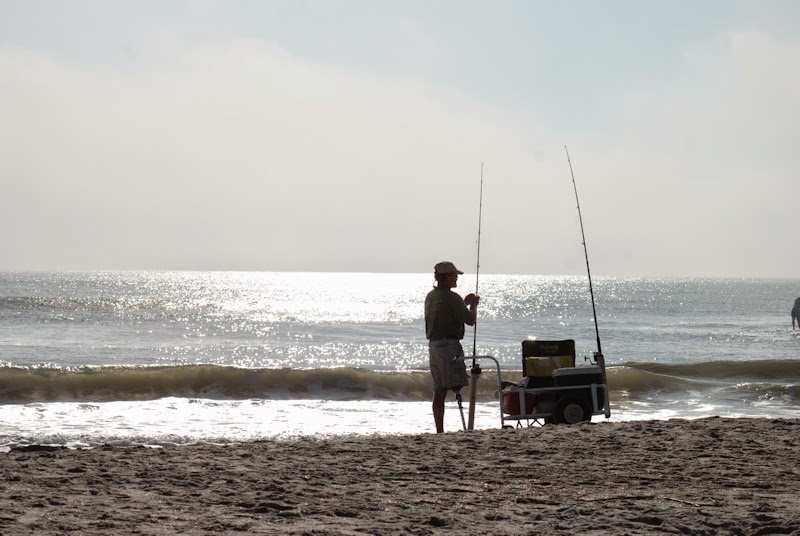 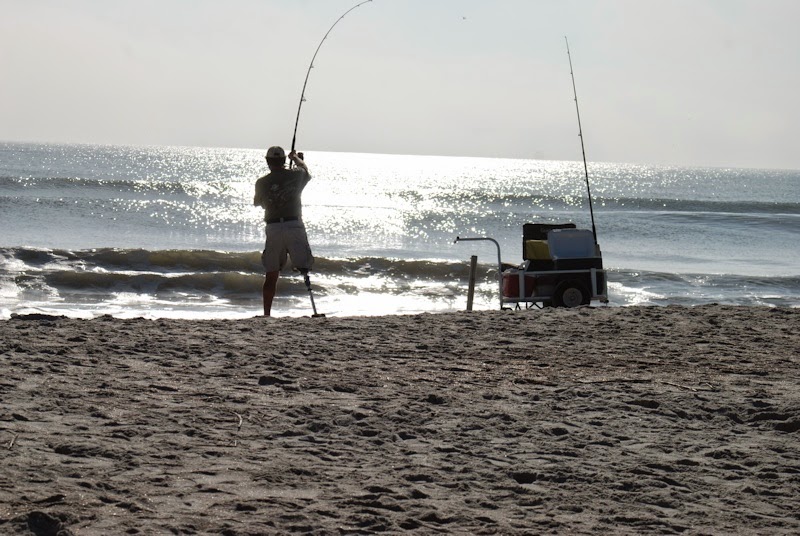 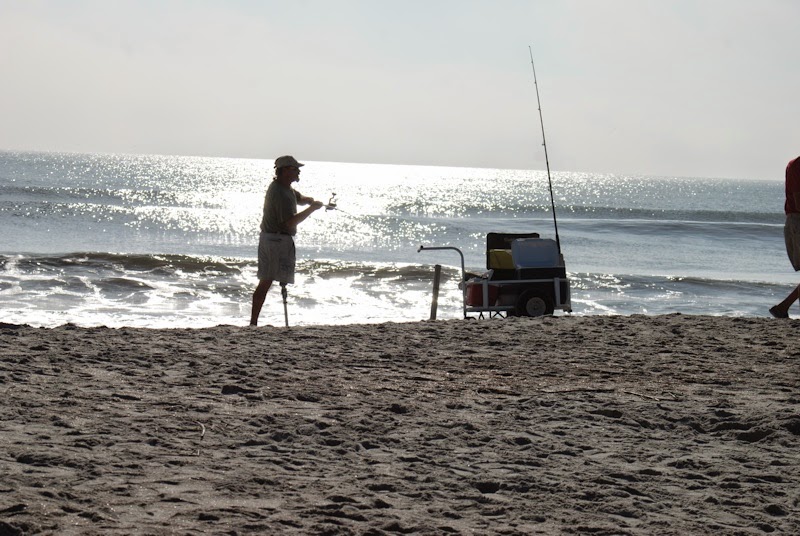 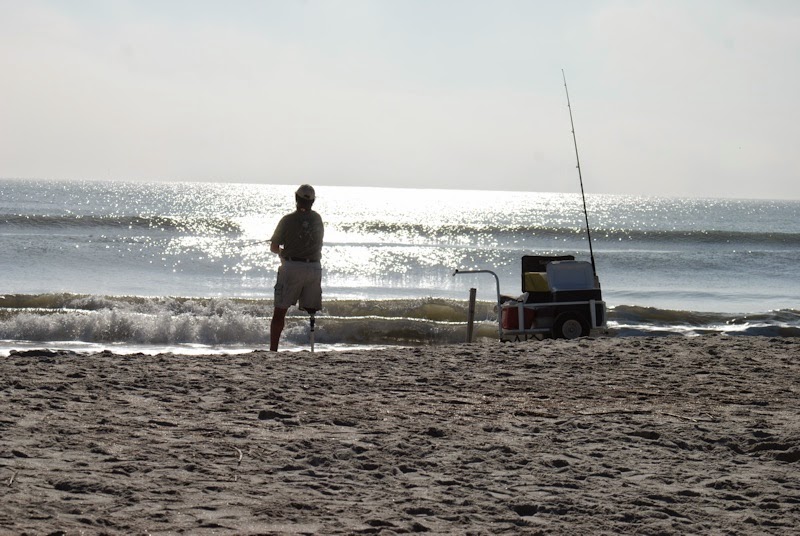 Yes, there is a story. I talked to this guy for a while and he's a veteran and fishes most mornings on the beach. I don't know the complete story, but I salute all veterans for their service to this country.

Here's a great Christmas Gift for the lake house owner, lake lover, or fisherman. I have over two hundred vintage style lake maps on my website that can be purchased right from the site, or I can do custom and personalizes lake, river or bay maps, too. Oh yeah, I hide a tiny mermaid in the waters of all my maps that folks love to search for. Find out more interesting facts about my lake treasured maps by going to LeoMaps.com.

Remember: Life is short, get away from the big screen and get on a big stream!


Posted by Baitrageous at 12:57 PM No comments:
Email ThisBlogThis!Share to TwitterShare to FacebookShare to Pinterest

The Art Of Maps

Believe it or not, It's been seven years since I started Old Field Studio. It began, Oct 2007 when I started painting wildlife and waterfowl. Along the way, it developed into painting waterfowl and vintage style maps together. Here's a great example of combining the two, Toledo Bend Lake in Texas with common waterfowl flying over. I sell the maps under the name "Leo Lakes" because Leo is my initials, Larry Engene Oldfield. I started off doing maps of only lakes, so that's the reason for "Lakes." Now, I'm doing maps of everything, rivers, bays, islands, farms, etc... I've collected several domain names, DecorMaps.com, OldFieldStudio.com, LeoMaps.com, TheArtOfMaps.com and LeoLakes.com. I am thinking of changing my website name from LeoLakes.com, to LeoMaps or TheArtOfMaps. It seems to me that these names better define my business. 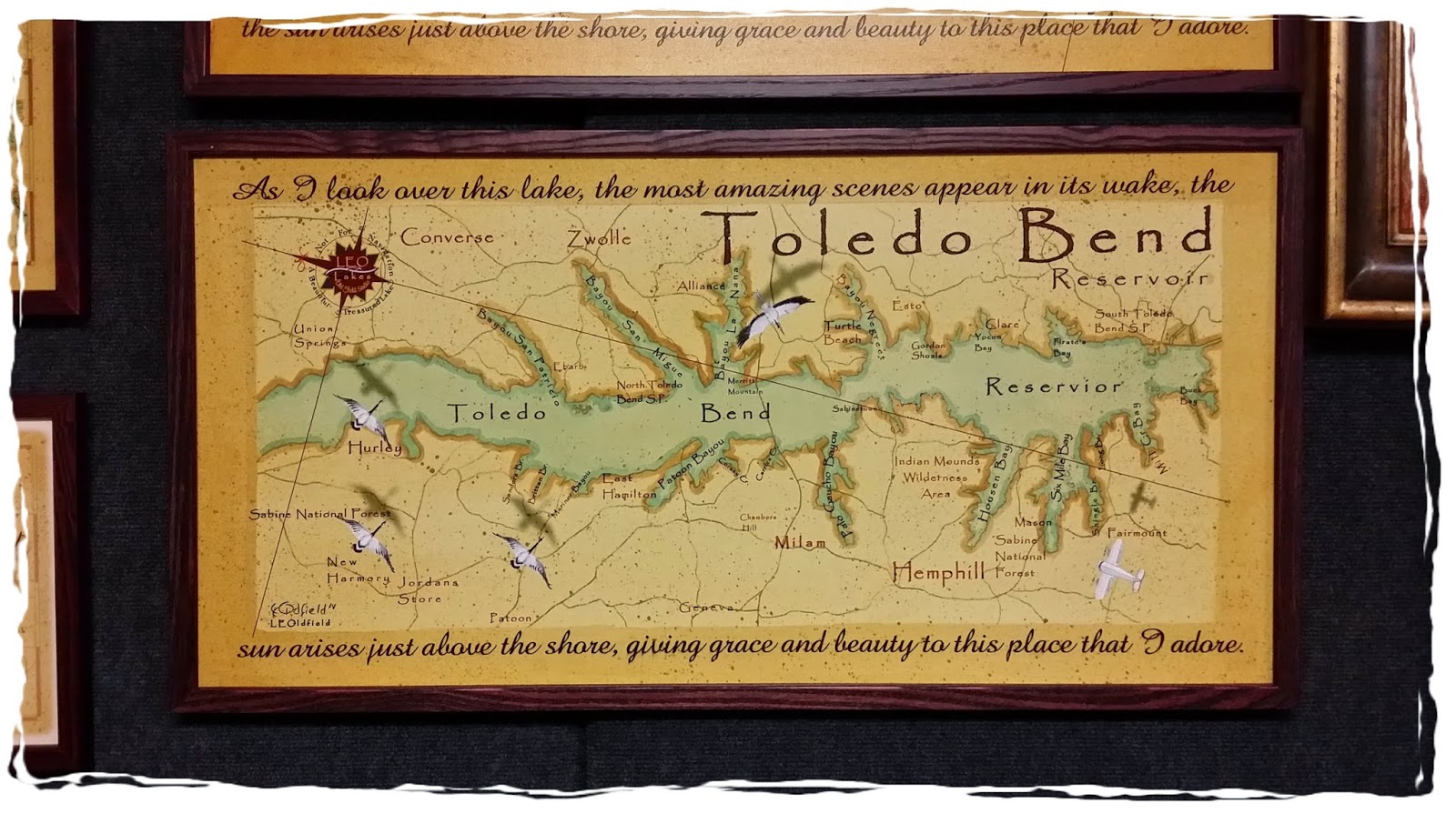 Anyway, I continue developing the art of maps. I added a poem to this map, which when you read it, you actually get a feeling of being at the lake. 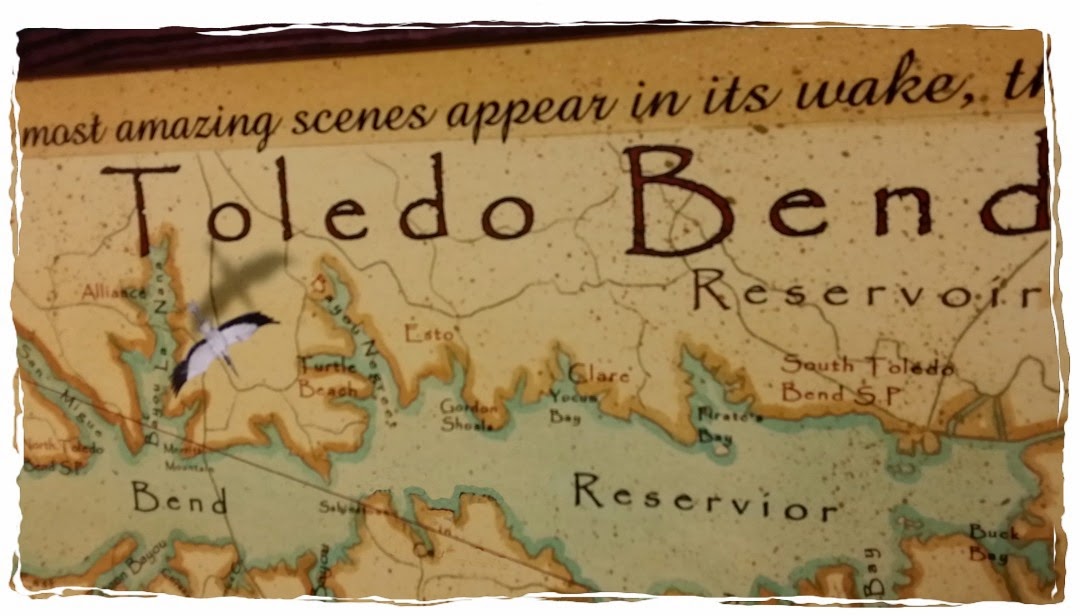 Posted by Baitrageous at 8:40 AM No comments:
Email ThisBlogThis!Share to TwitterShare to FacebookShare to Pinterest
Newer Posts Older Posts Home
Subscribe to: Posts (Atom)