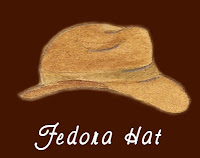 A fishionista is one who is so worried about what to wear fishing that he or she forgets that it’s about fishing. These folks didn’t all of a sudden become this way. It’s been a slow process and is likely a result of the high fashion industry attempt to tell the fisherman what to wear. I am sure they have already coined the word fishion, which means fishing fashion to the layman. 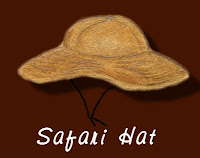 It’s just not right to wear a Fedora on a fishing trip and I don’t care how fished-up it is which means the same thing as man up, but in a fishy way. In an opposite kind of way it would be like wearing a camoflauged safari hat to a luncheon at the Trump Tower in New York. Those folks would certainly give you the look of disgust or maybe even call security, that is, if they let you in. 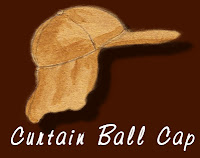 A fishing hat should be  based on function and not fashion. It’s real simple. A good fishing hat should keep the sun and rain off of our head and face. Most fishing hats are repurposed hats such as ball caps, cowboy hats, or hats accessorized with fishing lures etc….. which is fine.  True, there are a few hats that have been modified in an attempt to become “the fishing hat” like the modified ball cap with curtains hanging around the back perimeter. This is a good function for keeping the sun off the neck because you certainly don’t want to be a red neck, right? However, too much function is not good either. Like when a 2 foot brim is added to the front of the hat.  This added shade function gives the hat an Elmer Fudd look, not good. 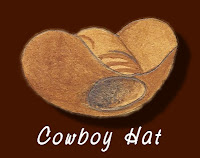 This got me to thinking. How bad has the high fashion industry infiltrated the fishing industry? How many Fedoras’ are being worn? To find out, I preformed my own un-scientific study of fishing hats using popular fishing magazines as a guide to gather totally useless information.  I counted/categorized every hat pictured in the most popular fishing magazines to determine the most worn fishing hat. Folks that were not wearing hats or were wearing knit caps were not counted.  I must say, I have discovered some interesting results. All fishing hats are repurposed or modified hats such as the ball cap or cowboy hat that became a fishing hat. There appears to be no totally designed hat that is exclusively for the fisherman. Hmmmm, a design opportunity?
A total 279 fisherman were pictured. The results indicate:
90% wore a BALL CAP, a great do everything hat that can be turned backwards in windy conditions.
5% wore a SAFARI HAT, a good hat with a 360 degree brim and a tie for holding down in the wind.
3% wore a COWBOY HAT, fair, good hat in full sun, but not so good in windy conditions.
1% wore a BALL CAP W/CURTAINS, as good as the ball cap but added sun protection with the curtains.
>1% wore a FEDORA, a useless fishing hat. 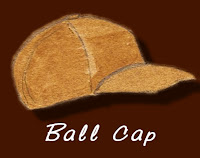 Good news, the results seem to indicate that fishermen still put function above fashion and were not swayed by the high fashion industry, whew. I do not look forward to the day when I put my designer waders on and ask my wife if they make my butt look big or I over hear someone say: Wow, he’s wearing the latest Tommy Gun’s Fish Wear. So, come on folks Fish-up and DON’T BECOME A FISHIONISTA.
Posted by Baitrageous at 5:31 PM
Email ThisBlogThis!Share to TwitterShare to FacebookShare to Pinterest