Not a fish was stirring not even a carp!

Last weekend I went to one of my favorite lakes to fish and kayak. This particular lake was stocked with Rainbow Trout the day before and my goal was to catch few. 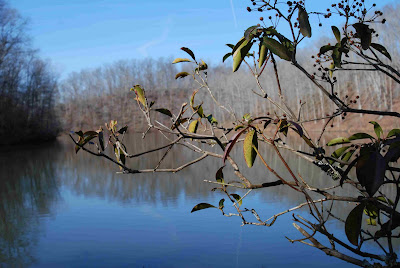 This poem tells you how well the fishing trip went.

Not a fish was stirring not even a carp!
T’was the night after the Rainbows had been stocked at the lake, I went fishing to see what I might take,


The flys were hung in the tackle box with care, in hopes that a big rainbow would soon be there.


When out on the lake there arose such a clatter, I sprang up in my kayak to see what was the matter.


Away to the point I paddled like a flash, threw down my paddle in order not to crash.


When, what to my wondering eyes should appear, a just fallen tree near a old whitetail deer.


I found not a fish was stirring, not even a carp, so I paddled my Kayak back to the park.


When I arrived home, fun was had by all, as my wife arrived from the mall. 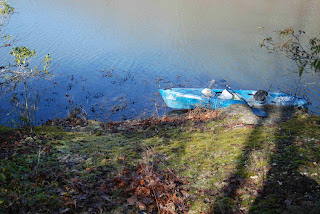 That pretty much sums up my fishing trip. Apparently the trout, being new to the lake had pissed off everyone and nothing was biting.


Remember, get away from the big screen and get on a big stream!

Posted by Baitrageous at 3:05 PM
Email ThisBlogThis!Share to TwitterShare to FacebookShare to Pinterest

I feel your pain, the skunk is all I have managed lately as well.

Yep, in the last few weeks the fish have not been biting. Must be the weather?

Brilliant write up on this even though the results were not what you expected. Well done winter post.