DRAMA IN THE DRIVEWAY!

A female house cat on the prowl catches it’s prey and then encounters an American teenager. How will this drama end? 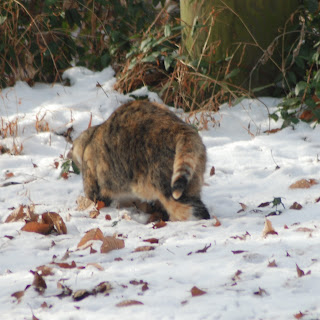 On the prowl, ears alert and nose to the ground ready to pounce, the American house cat. 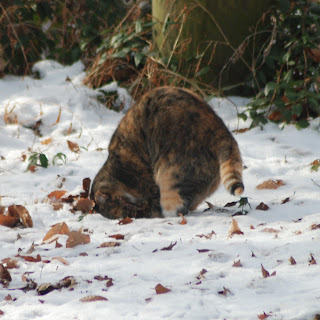 Its sharp senses detect a sound under a layer of snow. Could it be the cats prey? 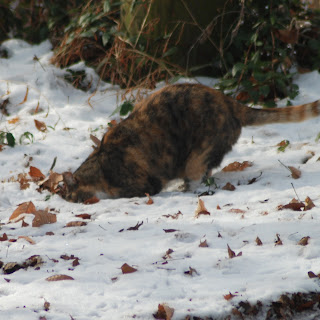 Using its powerful rear legs, it pounces on its target. 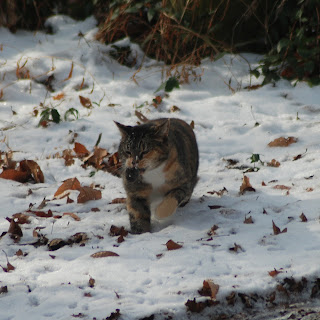 A few seconds and a minor struggle, the female house cat is victorious. 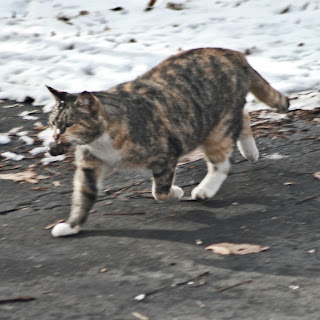 Proudly prancing with its trophy, a terrified coal black field mouse, the cat tosses it on to the driveway. Now the “cat and mouse game” is on, entertainment for the cat, but terminal for the mouse. An American teenager, upset at what has transpired is ready for an intervention. 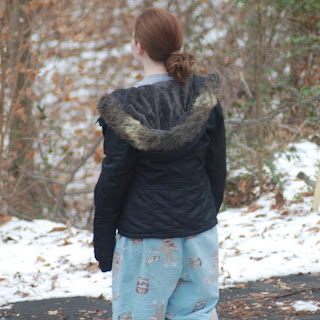 After a good scolding the cat runs and the mouse scurries away. All is normal again in “Drama in the driveway.” NOTE: The mouse was not harmed in this drama. It was a stunt mouse.
Posted by Baitrageous at 2:52 PM
Email ThisBlogThis!Share to TwitterShare to FacebookShare to Pinterest