Last year at this time I was in Florida visiting my mother and father-in-law. This year I was not able to make it to Florida because my mother-in-law is having some health issues. So, I thought I would bring back a blast from a past Florida trip.

As you can see, Pop (my father-in-law) has an audience while cleaning fish. These birds act like they are waiting to enter a five star restaurant, called "Pop's Filet," right before it opens. Anyway, Pop has been fishing down in Florida on Lemon Bay. Lucky for him, he has missed the cold hard winter and has been enjoying the 70's while we suffered in the teens. 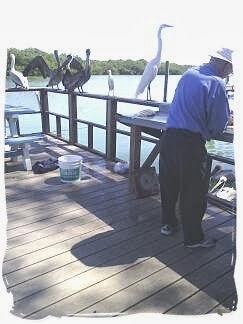 What was the catch of the day, Sheephead, six to be exact. Okay, they don't look like a sheep's head, but if you look at their teeth, then you would think they have sheep teeth. That's why they are called sheep's head. They are great tasting fish, however even with the size of these shown, the meat will only be the size of  two chicken strips after they are filleted.
. 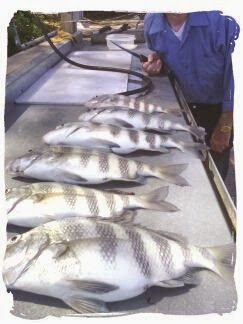 Check-out that knife that's in Pop's hand. I'm not sure if he is ready to clean fish or have a knife fight with a Great Blue Heron over his catch. Here's the good news, next week I will be "fishing on Lemon Bay, drinking lemonade" and hopefully catching a few fish. Wish me luck and I will post a few pictures during the trip on the blog. Oh yeah, here's one of my vintage styled maps of Lemon Bay that I personalized and gave to Pop as a gift. That's him in the photos. See more of my maps at LeoMaps.com 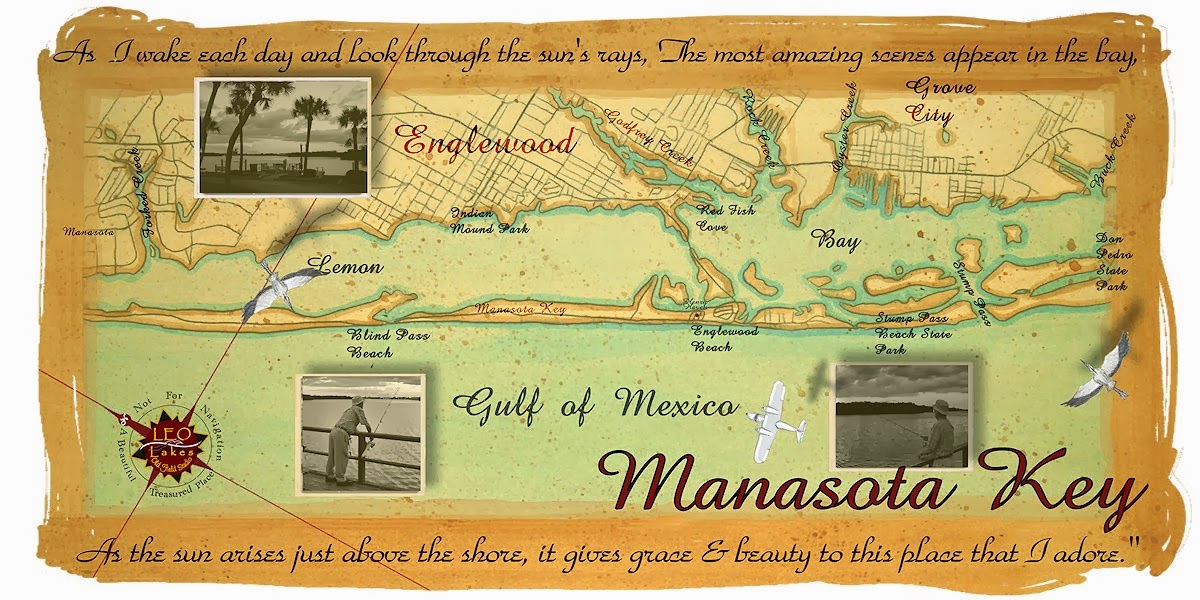 "Life is short, get away from the big screen and get on a big stream, or at least put one on the wall!"

Posted by Baitrageous at 10:47 AM
Email ThisBlogThis!Share to TwitterShare to FacebookShare to Pinterest