An Alien Encounter in the Forest

In the middle of the woods, I discovered bald areas. There are four impressions, divided into pairs with a large and a smaller impression. The snow indicates that they were here before the storm hit. I know that crop circles are made by aliens, but these are made in the woods. Hmmm, I wonder what or who made these? 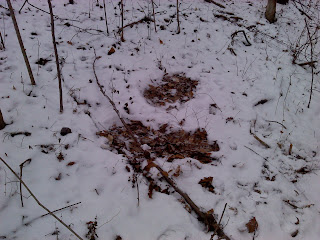 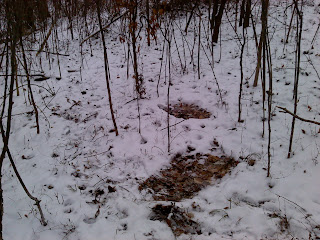 They look like landing pad impressions. Could they be Wood Aliens.? They obviously landed just before the snow storm and dropped off their kind. I questioned what they might be up to? I looked around to determine what else I might see and was astonished to find deer prints. You know, I think they are stealing my deer. 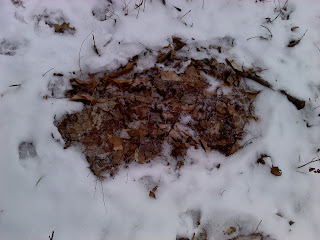 And then it hit me, these were not made by Wood Aliens. This is where the deer bedded down during the snow storm, two mommy deer and two baby deer. It appears that they were here for several hours resting and waiting the storm out. Man, I thought I was going to be another southerner on television trying to explain my alien encounter. Just remember the next time you are in the woods and see bald areas in the snow, it’s just deer making snow angels.   ,
Posted by Baitrageous at 5:02 PM
Email ThisBlogThis!Share to TwitterShare to FacebookShare to Pinterest