The Best Fly Fisherman in the world!

That’s right “the best fly fisherman in the world!” This guy or gal has all the latest gear and years of experience. What makes the best fly fisherman? Is it a keen eye, fish knowledge, the best equipment, or the sharpest hooks? It’s likely all of these. I took these pictures of the "World's best Fly Fisherman" at Lemon Bay. It is of a Fish Hawk. One can argue that the Fish Hawk is the best fly fisherman, even better than the Eagle. The Fish Hawk or Osprey as it is better known, is a master flying fisherman. Above the water, the Osprey spots a fish, dives down and hooks the fish with its very sharp talons. 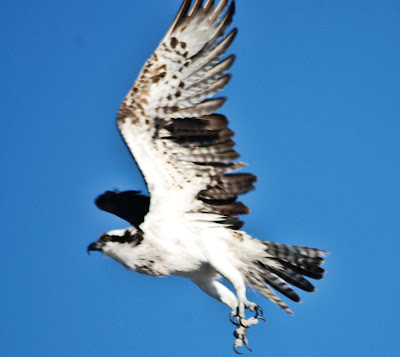 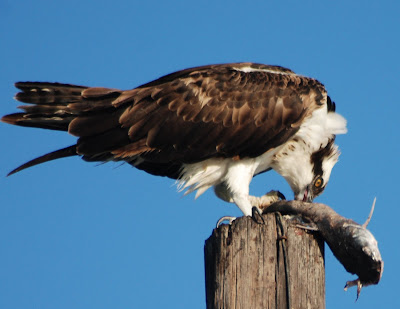 Looks like this guy has caught a nice Catfish and is having a meal right on the spot. Often the Osprey will carry its meal head first and land on a perch above the water to have its meal. 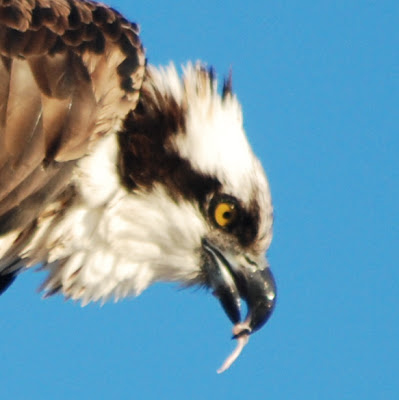 Fresh Catfish is good with lemons, I mean Lemon Bay. The Osprey's diet consists of fish. 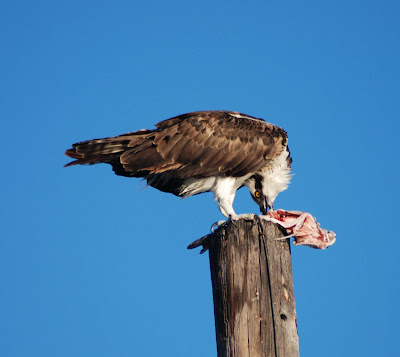 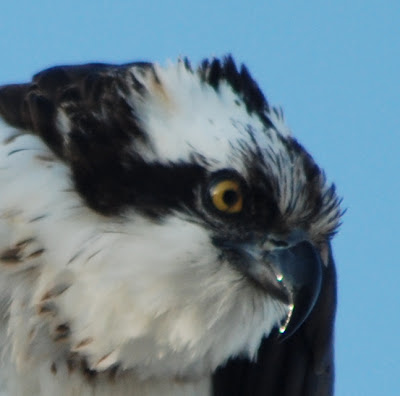 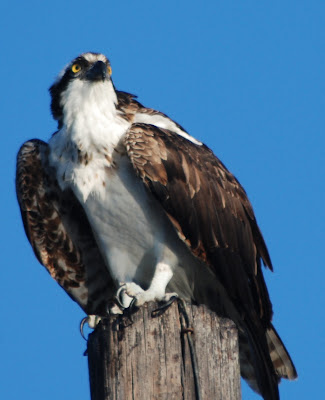 When the Osprey has finished the meal, the fish is pushed off and drops to the  ground where the Crows or Sea Gulls come by and finish off the remains. he Osprey is truly a fly fisherman.
Posted by Baitrageous at 12:51 PM
Email ThisBlogThis!Share to TwitterShare to FacebookShare to Pinterest

Nice hook! You got me! And yes, this guy is a much better fly fisherman than any on two legs I've ever seen! Catfish!Mmmm. :) Nice photos!

Thanks Owl Jones! I'm glade you liked it.