I made it to Florida's Lemon Bay. So far, I have taken a few hundred pictures and the weather is great. I have lots of great photos. Checkout these pictures of birds at the Venice Rookery which is about 10 miles from Lemon Bay. The Rookery has an island in the middle of a small lake. The birds nest on the island for security. Click on pictures to enlarge photo. 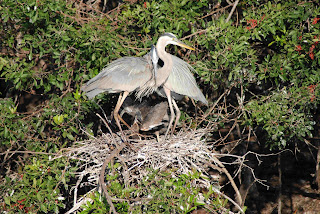 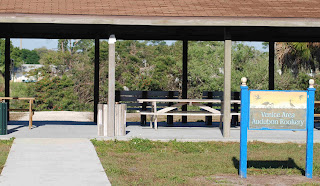 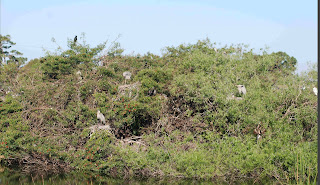 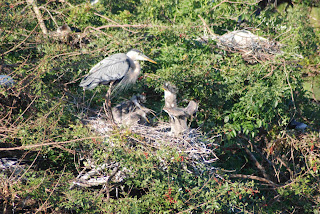 Looks like there are three chicks and the adult just finished feeding the chicks. 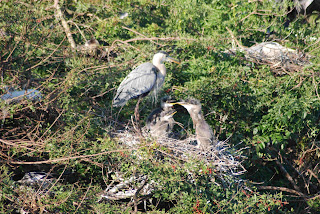 A better picture of the chicks. 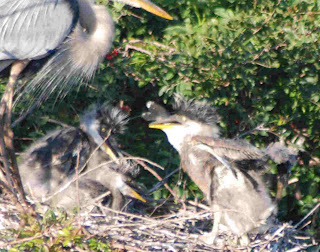 Here is a close-up of the chicks. See the fish tail hanging out of his beak. The other chicks appear to be a little concerned. Did he just eat that huge fish. 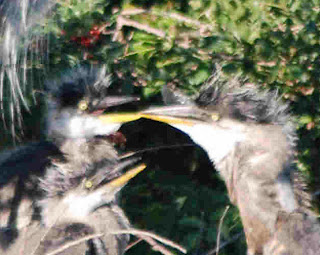 It took a little while before the chick could finish the meal. 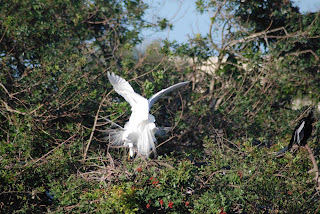 I think this Egret looks like an angel. What do you think? 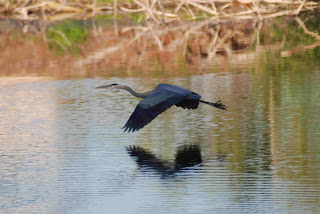 Great Blue headed back to the Gulf to fish. 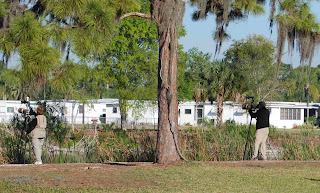 Here you can see other folks taking photo's of the birds. They appear to be professional photographers with very large lenses. They gave me lens envy. More pictures to come.
Posted by Baitrageous at 2:40 PM
Email ThisBlogThis!Share to TwitterShare to FacebookShare to Pinterest